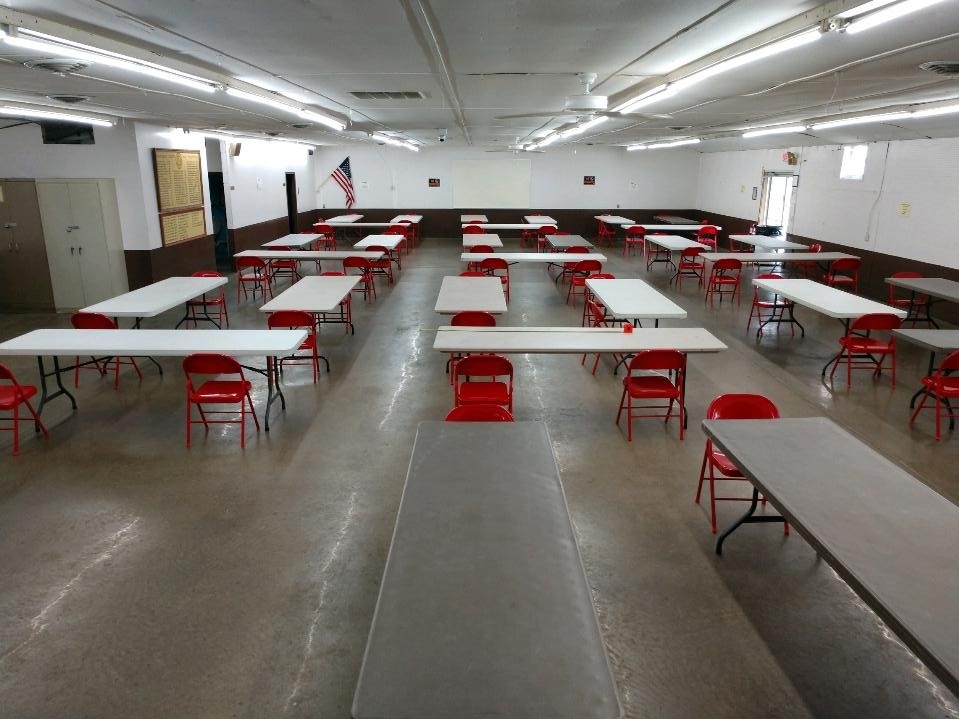 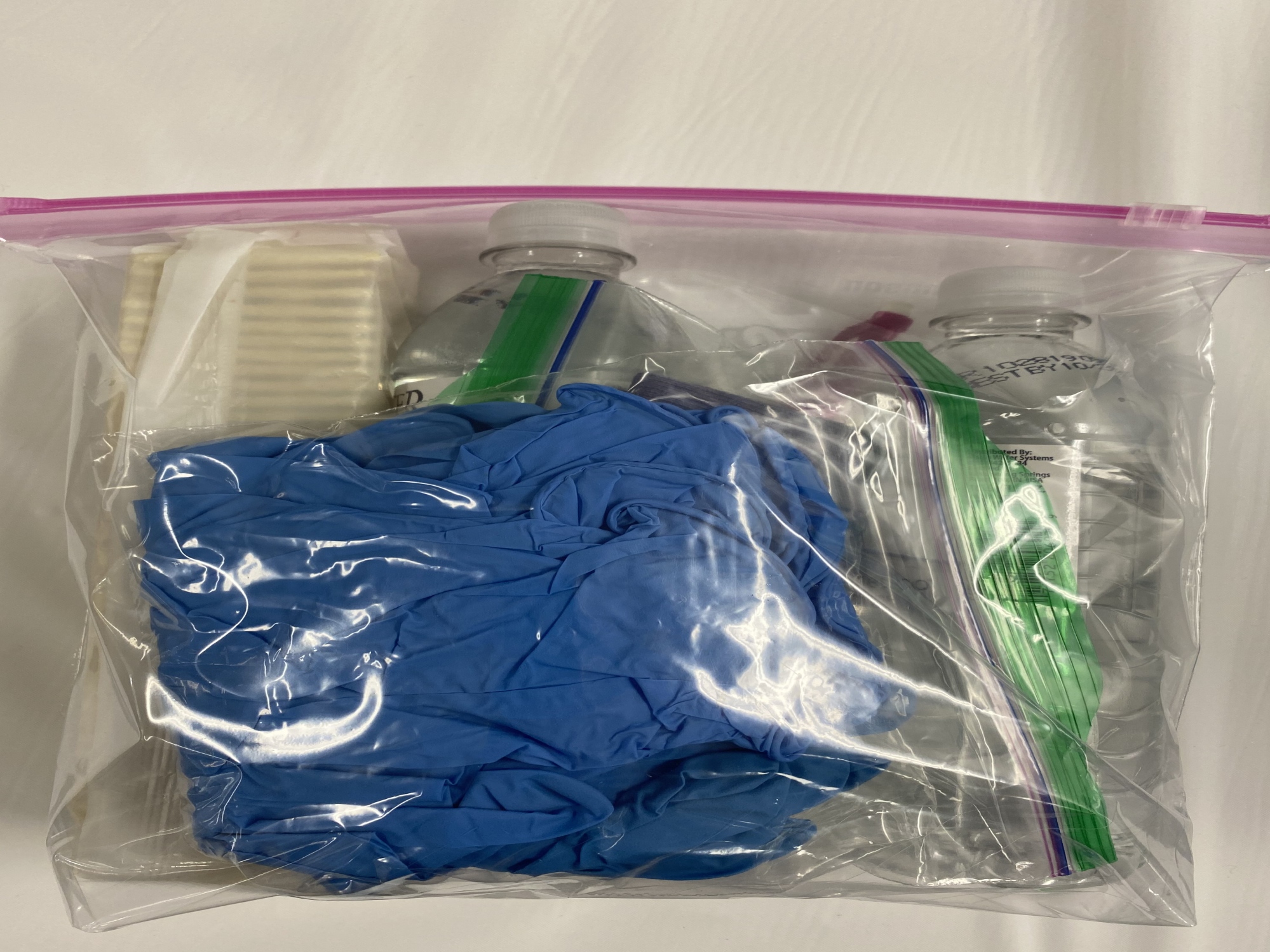 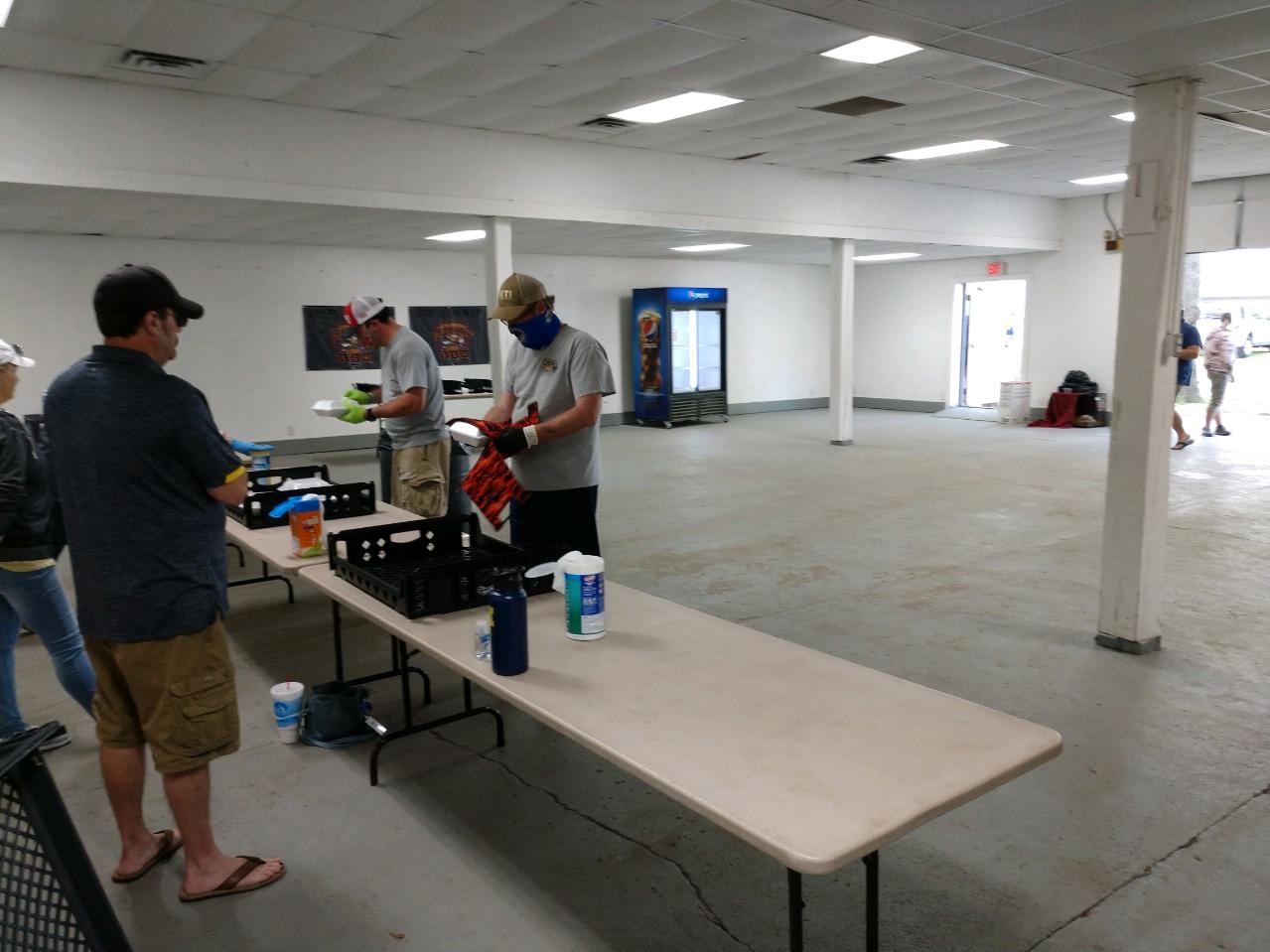 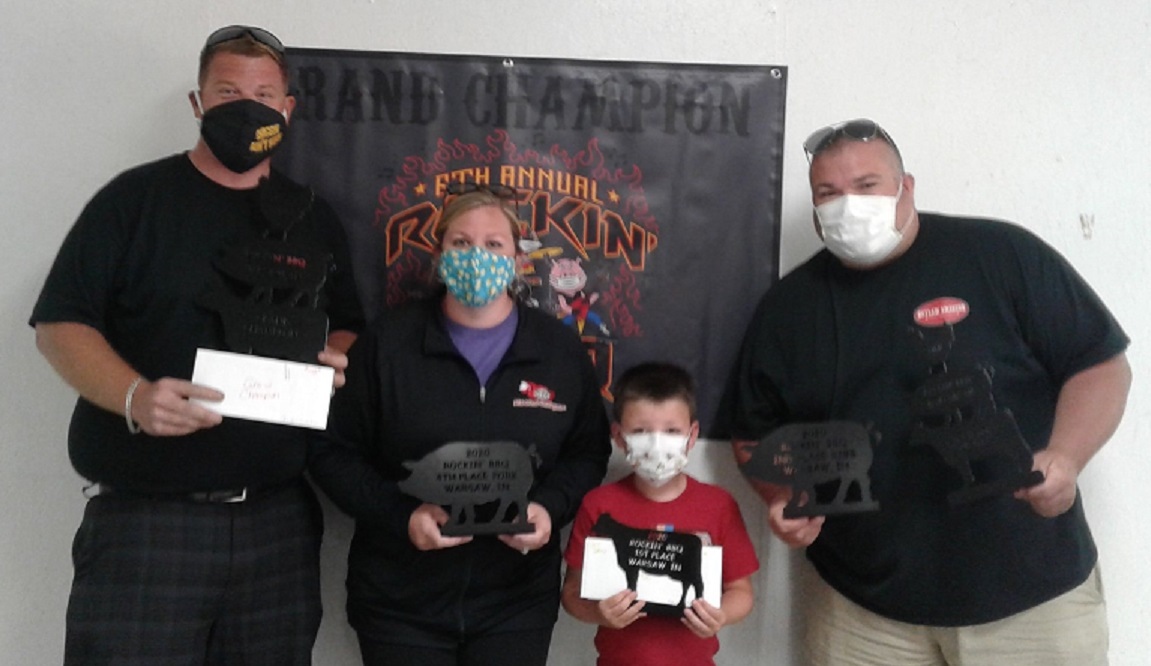 Would there be a 2020 competition BBQ season?  Could there be a BBQ season?  We all watched as contests were forced to cancel, or hopefully postpone, due to the pandemic.  And then . . . May happened.  Indiana experienced a unique situation when the Governor introduced a structured plan to reopen the state.  This didn’t allow Rockin’ BBQ to proceed with their original May 8-9 weekend, but it presented a potential new opportunity.   Once confirming that the venue was available, the decision was made to move the contest to May 29-30.  Could they pull this off? Would teams and judges come?  Would there be Shiggin?  Would Carrol Lou’s Smokehouse claim the same cook site and be the last team to arrive?  So many questions were yet to be answered – but BBQ season was underway!

We’ll call this contest “The BBQ comp of FIRSTS.” The 6th annual version of Rockin’ BBQ was the FIRST post-quarantine KCBS competition worldwide. For the FIRST time, the event had 66 teams from 11 states, all working hard to knock the rust off from a way-too-long off-season. All teams vying to take home their FIRST Grand Champion of 2020, or maybe ever. In keeping the entire event as safe as possible for all participants, the FIRST time KCBS followed social distancing and administered a contest with masks and gloves.

Teams were eager to get rockin’ and began to arrive on Wednesday night and by midday Friday, close to 60 teams had already arrived.  The Kosciusko County Fairgrounds were humming with kids on bikes, the dogs of BBQ, and socially distant cook site gatherings.  Meanwhile, the judging area was humming in preparation of the main event.  The organizers creatively arranged what we started calling “pods”, 3 tables in a U-shape that allowed 6 judges to be seated 6 feet apart from each other and the next “pod.”  Tables were sanitized, then covered with layers of table coverings that would allow tables to be cleared easily and completely between categories.  Beautiful weather allowed the cooks’ meeting to be held outside so that the judging area remained closed.

On Saturday, the organizers treated cook teams to a hot, freshly made breakfast of eggs, biscuits & sausage gravy, with other fixin’s. While checking in with teams, we repeatedly heard (and said) that it was a beautiful morning because IT’S FINALLY BARBEQUE SEASON!!

Judges began arriving, having been prepared in advance that the judging area and some processes would be different than in the past. And that is certainly what they experienced!  Once check-in was complete, the judges’ meeting was held in an outer area, again to allow social distancing.  After reciting the FIRST oath post-quarantine and taking a short break, table assignments were announced and judges were escorted to their tables, being reminded of the guidelines to be followed. Each judge received a plastic bag that contained 4 pairs of gloves, a sleeve of saltine crackers, a dry washcloth for personal use, 2 bottles of water, a pencil, and a small bottle of hand sanitizer. The judging procedure included wearing facial masks to protect others, wearing gloves until all samples were distributed, then removing gloves and masks to finish judging for taste and tenderness. Largely due to experienced rock star Table Captains, the judging process went smoothly and without incident. Across the board, judges demonstrated incredible flexibility and respect for the seriousness of the pandemic, while simultaneously celebrating the fact that we were able to gather with BBQ family and renew our favorite hobby! It was all so surreal and also so wonderful!  More than one judge told us, “That went a lot better than I thought it would!  I didn’t know what to expect.”  Self-administered pat on the back to everyone who participated in the judging process!

66 teams gave it their all, with 29 of them receiving calls! Top honors went to:

Competition BBQ is hard work that requires equal measures of perseverance and flexibility.  For example, you might forget all of your rubs and have to turn around to go get them before you leave the state.  After retrieving their goods, Luke Legatt and Jeff Scheuer of Tire Smoke BBQ made good and took home their FIRST Reserve Grand Champion!  Buddy Hammett and Justin Sondergaard proved that Shiggin’ Ain’t Easy, winning their FIRST category win in brisket on their way to their FIRST Grand Champion! What an amazing weekend for everyone, especially these cooks, taking the trophies and big checks back to Michigan and Ohio, respectively.

A very unfortunate FIRST was the news that came after cooks returned home. Prayers and positive thoughts are being lifted up for Chris Schafer, of Heavy Smoke STL, who learned of a fire at his house while he was on his way home to St. Louis. We later received news that Eric Ferguson, of Big “E” BBQ experienced a fire involving their BBQ trailer, truck, car and house shortly after returning home to northern Illinois. The BBQ trailer, truck and car were all a total loss. Fortunately, all members of both families were able to get out and there were no injuries. Truly thankful for the first responders and fire departments for helping and protecting both families!

Congratulations to Kevin, Jeanette, and the organizing team for adapting and pulling off one very successful event.  Teams and judges turned out in force.  There was shiggin, albeit not easy.  Carrol Lou’s did claim their same cook site, and were the last to arrive, as usual.  Even as the world continues to deal with serious issues, all was well in the BBQ community for a Saturday in May.