The field consisted of 130 championship teams from around the globe, including one from Canada and one from Sweden, all striving for the title of BBQ World Champion, according to Head Pitmaster Tom Tilley.

“The Pit Vipers had an amazing finish from among a pool of champions, placing 17th in Chicken, 25th in Ribs, 44th in Turkey and 35th in Dessert,” Tilley said. “These kids performed fabulously with temperatures in the 20s and battling 25 mph winds.”

“The TFS Pit Vipers were the only high school barbecue team at the KCBS World Invitational,” Tilley added.

“It is absolutely amazing we have a high school team here at our competition,” KCBS CEO Emily Detwiler said, before asking for a photo with the Vipers. 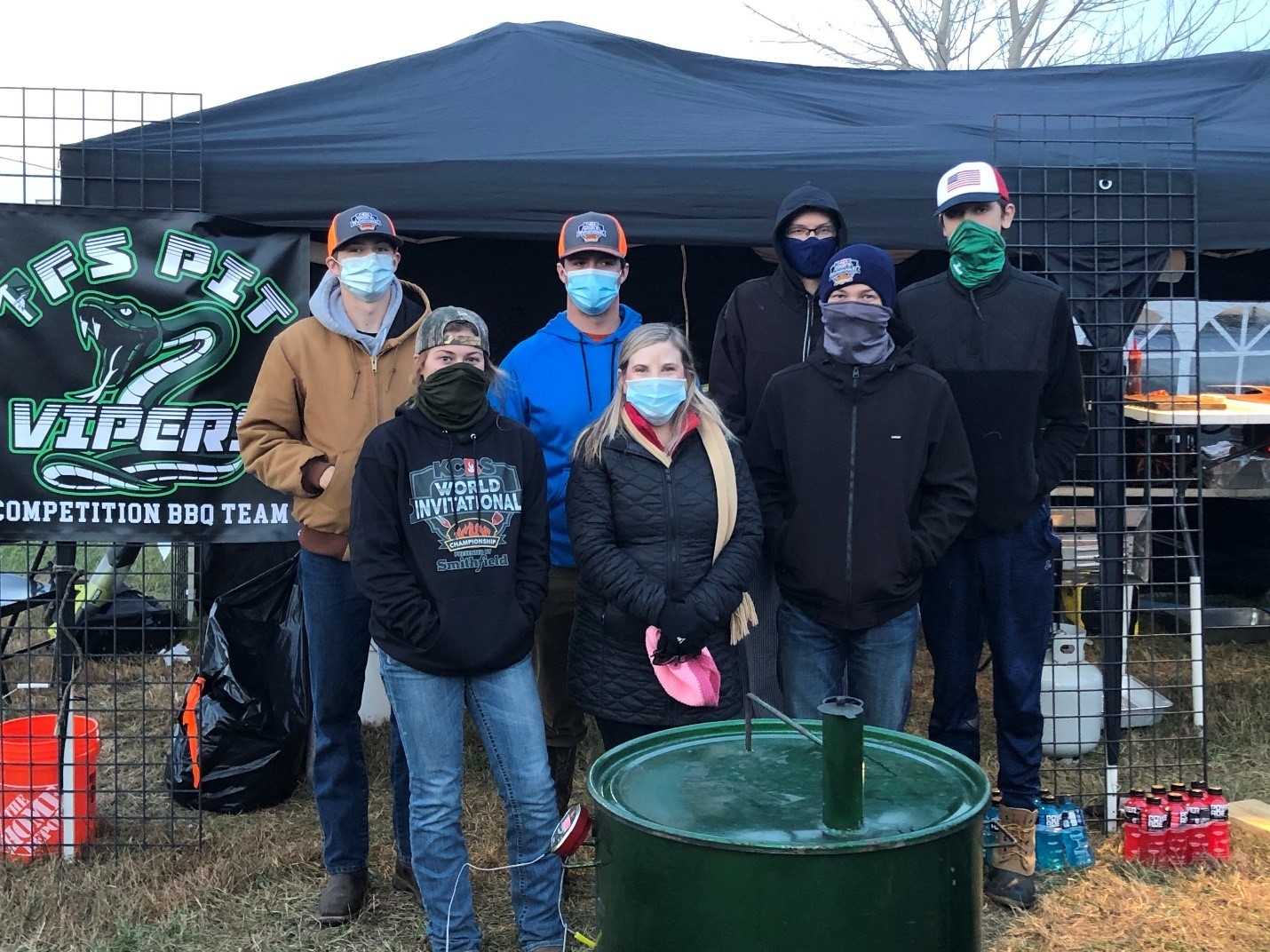 
Our Best of the Best